What’s the meaning of a 30 years “Emergency”? 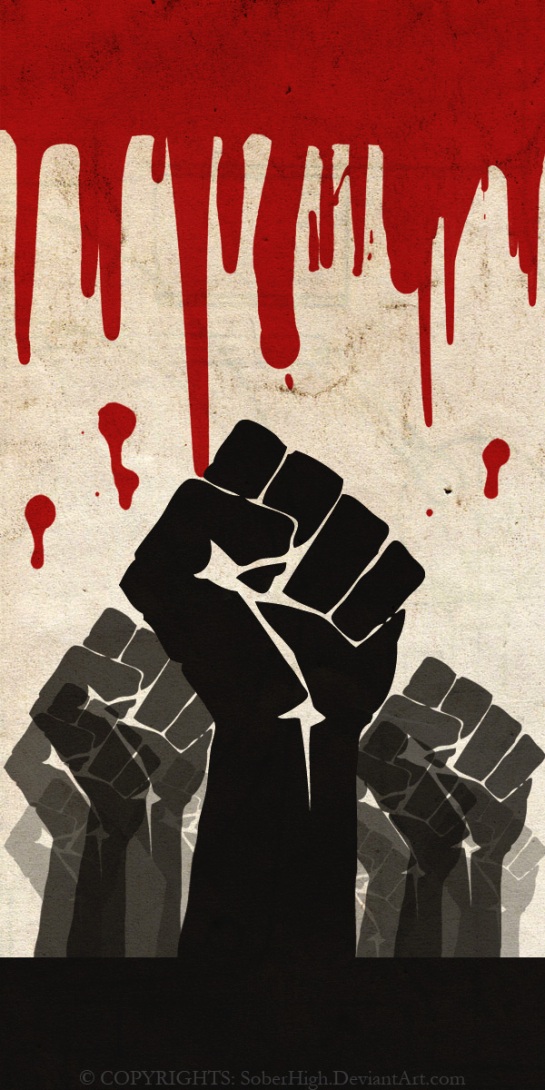 Through the past two week, I have been hesitating about whether to write this post or not, not to mention I didn’t have the time to do it.

Despite criticism of some friends and fellows, from the beginning (and believe me I knew about this tragic incident from the early beginning, specifically since Wednesday mid day), I made it a point NOT to take part in the public frenzy following this incident that shocked the nation.

Khaled Said’s brutal death (aka the Alexandria Martyr, the Martyr of Emergency law & the Police victim), has become a phenomena, and it’s fallout is threatening the very system established and maintained by this government for the past 30 years, no Egyptian can ignore this incident now.

Yet I had my reasons to stay out of the ongoing commotion:

Ever since I received the mail (before facebook catches on) containing Khalid’s post-mortem photos I had an eerie feeling about the incident. At first glance, I was in shock and disbelief, I actually thought it was a hoax of some sort, because the post-mortem images bore little or no resemblance of the smart looking young man in the pre-torture photo.

Then later on when I read the news and confirmed it from many sources, I was infuriated, but instantly and simultaneously I started questioning the details of the incident.

Early on, ever since the story was first published, it was clear that the opposition papers and commentators were trying to exploit the story to their advantage (and I cannot blame them for that), therefore the story coming from the opposition media was full of emotions and it’s narrative glorified the deceased young man, beyond reasonable limits.

Meanwhile the Government and its tainted media stayed silent in the beginning, ignoring the incident altogether (in a vain hope that if they act as if it didn’t happen it would go away), but then faced with the rage which literally gripped the nation, they went on a “full defense“ mode and started negating the opposition’s story with the most comical and ridiculous stories.

That is why I’ve been staying at bay from this particular debate, so as not to fall in the pit of taking sides, especially that this would be really easy given how critical I am of the government, and the amount of lies and misinformation surrounding this sad incident.

Instead, I waited as the fury, anger and heated emotions cooled (at least just a little bit) and was also waiting in the vain hope that the government, under national and international pressure as it is, would open an impartial investigation that would shed more light on what really took place during that most unfortunate night.

Well, yesterday, the “final” forensics report confirmed the findings of the first autopsy, stating the following, and I quote: “The victim had died of asphyxiation rather than as a result of police brutality.” The report continues, to state that Saeed “had choked to death on a foreign body.” and it identifies the “foreign body” in question as a packet of Marijuana (7.5 long and 2.5 cm wide), which had lodged in the victim’s throat and prevented him from breathing. The report strongly suggests that the death had been accidental.

Personally, I expected this exact report!

I was hoping for a different one, but deep down I knew that this was going to happen.
However the “final” report doesn’t not answer the questions that I was pondering ever since I heard about Khaled’s death, which are:

1. According to eye witnesses, this guy was grabbed from the back, so when exactly did he take out the pack of cannabis? (not to mention shove it down his throat!)
2. More importantly how did he manage to swallow a 2.5 wide, 7.5 long object, without any “lubricants”?!!
3. If they saw him do that, why didn’t they try to stop him or make him spit it?
4. If he was choking on a pack of cannabis, or on anything, why didn’t they call the ambulance or try to rescue him on the spot?
5. If he did in fact did swallow the pack, how come it took him 15-20 minutes to choke and die on it?
6. And what took place during those 15-20 minutes if they were not hitting him to death? Were they holding his hands and patting his back while he choked to death???
7. Since when did drug dealers leave their houses with just one pack of cannabis?
8. Is there any other evidence to back the official claim that he is a drug dealer? Where is the rest of his stash? Did they find any drugs when they searched his apartment? Did they search his apartment at all to start with?
9. Why did they take him to the police station?
10. More importantly, what happened there??? What took place in those 10-20 minutes after Khaled vanished into the police car, with no eye witnesses watching?
11. Why did they bring him back and throw him in the street? If there was no wrong doing on the part of the police, why did they bring him back? Wouldn’t it be logical to call the ambulance to pick him up from the police station, and document the whole process to prove that there was no wrong doing on behalf of the police???

The FINAL official report ignores all these questions, just like it ignored the questions and queries put forth by Khaled’s lawyers.

And based on this “conclusive“ forensic report, I suspect that the ongoing investigation by the attorney general, will not include any new findings or condemnations.
SO the official narrative will remain the same: Khaled was an unemployed, drug addict & drug dealer, who resisted arrest, and he fully deserves what happened to him.

Despite all the anger and public rage…
Against all evidence…
Ignoring our intelligence as well as our emotions…
Our government remains defiant!

OK! Suppose he was really a: 7ashash, dealer, we 3atel
Does that give our vigilant police the right to torture him?

If so, then given the unemployment rates which this government have miraculously achieved, and given the unprecedented rates of drug consumption in Egypt, then easily more than half of the population should be tortured along with Khaled.
Suppose that the torture really did not lead to his death, and swallowing a Package of cannabis did -although I personally can hardly swallow the story, that a young man, with no significant crime record despite what the police wants us to believe, would try and succeed in swallowing a pack of cannabis without so much as even a glass of water! maybe if they said a piece of Hash (Hashish) it would have been more logical, but given the hash crisis I suppose they had to do with what’s available!

Anyhow suppose it is true, and he did swallow it, would you not agree that torturing the poor guy was kind of an obstacle in the way of giving him proper medical care? I mean how can they give him a CPR when they are too busy banging his head to the wall!!!!

There is no doubt in my mind that this is crime by all standards, even if he was the most notorious drug dealer in Egypt, and a Rapist, Terrorist, child abuser, all at once… he should have stood trial and not die in an alley in this inhuman tragic way.

The Police brutalty we are witnessing right now is a byproduct of 30 years of emergency law, and giving the police absolute and unchecked power to detain and “interrogate “ any given suspect in order to preserve the system…

Our police became so “efficient “ in the realm of torturing people (innocent or not), to the extent that all through Iraq war, the US was outsourcing it’s “terror detainee “ to be tortured in Egypt!

Now the System’s control system (the Police), have gone beyond the control of the system (the government)!

The current government cannot afford to keep ignoring the nation’s rage over this incident and all the others… they cannot keep treating the public as if they are 7 years old..

I would like to see those responsible for this tragic incident being held accountable for it, to the highest level, but we both know this is too farfetched.

AND supposing he was innocent, I would like to see them burn!

More on the tragic death of Khaled Said

Let us disperse from our aloofness and serve the weak who made us strong, and cleanse the country in which we live. Let us teach this miserable nation to smile and rejoice with heaven's bounty and glory of life and freedom. Khalil Gibran