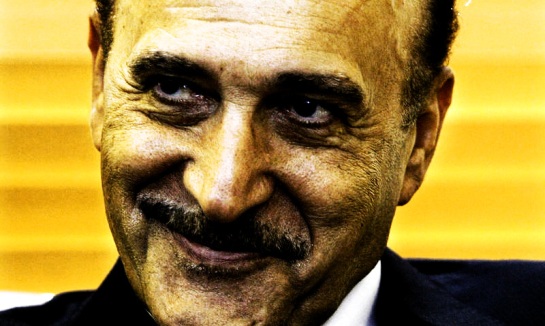 This can only happen in Egypt: The people revolt, and overthrow a tyrant regime, and in the first post revolution presidential elections, one of the old regime’s most brutal and clandestine strongmen run for president!

Omar Suleiman, former Egyptian army general, and head of intelligence services, announced he is running for president in the post revolution presidential elections of 2012. Ironically he did that on the 6th of April, a date the marks the anniversary of the 2008 Egyptian general strike, which a lot perceive as one of the lead ups to the 25th of Jan revolution.

Suleiman in the official speech declaring his candidacy Suleiman, claimed that he was pressured into running by his supporters and that he accepted to “Protect the Revolution”! The Nerve on this guy! He really is shameless!!!

Suleiman seems to forget his own statements a year and 2 months back, when he as a VP was claiming that the revolution was because of “foreign influence” and was asserting that the Egyptians were not ready for democracy yet!

Suleiman actually went ahead with it and today he formally filed his presidential candidacy application with the Supreme Presidential Electoral Commission (SPEC). Another Ironic coincidence is that today the 8th of April coincides with the memory of the tragic bombing of Bahr El-Baqar primary school in 1970, by no other than Suleiman’s close friends, the IDF, another telling coincidence I guess!

But for all those who don’t believe in Signs & coincidences, here is an introduction to the butcher to awaken the Sadomasochistic slavery addicts who want to elect this monster, those who would trade off freedom with shackles & oppression under the fake illusion of security and safety…

Omar Suleiman: The Biography of a Butcher:

Omar Suleiman is a former Egyptian army general who joined the military intelligence, there he worked chiefly on Egypt-United States relations.

Suleiman became director of military intelligence in 1991, and in 1993, he became the chief of the Egyptian General Intelligence Service (EGIS).

Role in Gaza Strife and Seige: 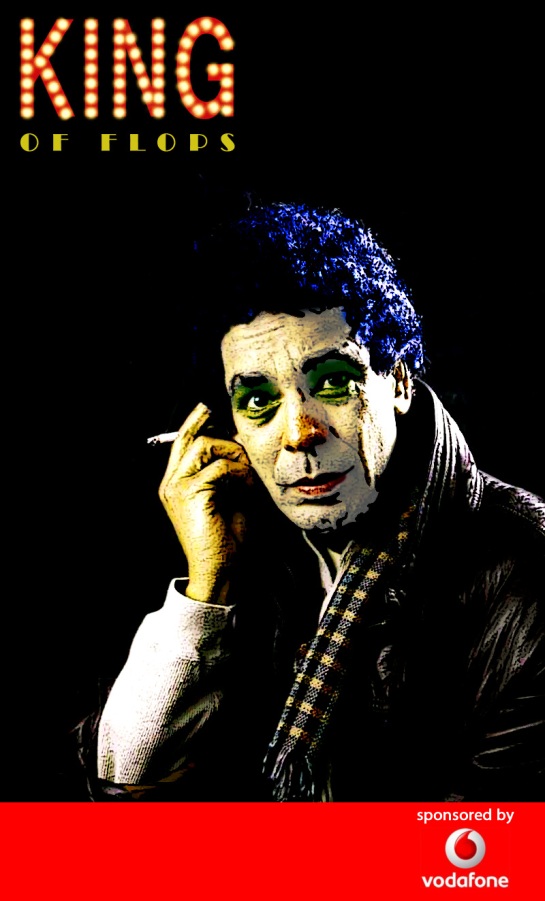 The King is dead…. Long live the people!

Yesterday, Vodafone released its new TV ad featuring Mounir, (el King), the legendary Egyptian Singer. The ad. Is very professionally done, and capitalizes on Mounir’s legacy, going through his journey from the beginning of his “dream” to become a musician, till he became one of the Middle East’s most acclaiming names, ending with the following statement:

“All what is imposed, is refused, prove to the world that you exist”

كل المفــــروض مــرفـــوض .. اثـــبت للعـــالم انك مــوجــود
A powerful statement that goes along the lines of “Inspirational” ads. that Vodafone have been releasing all through the last year or so, under the slogan “Power to you”. (Remember JWT/Vodafone Adel Emam Revolution ad fiasco?).

So where is the news there?

Well, despite the ad’s strong visual and image, the ad remains weak and irrelevant today, because to me, in the post revolution Egypt, it’s message is obsolete! Right now, the real star is the people, the Egyptian nation, not some celebrity trotting around and telling us that we have the power! Well, dahhh! Of course we have the power, we proved it a year ago Mr. Mounir, and happens to be, that you weren’t there to witness it!

So, the ad Inspiring as it is supposed to be, inspired only one feeling in me… That is the feeling of revulsion and disgust!

To me this ad is the final fig leaf to fall off Mounir’s naked, commercial, fake and cheap character! And it is sad, because one day I loved the artists and thought that he stands for something! Another broken Idol, falls to the ground…Why is that?

Because all through last year, Mounir was shimmering and yammering, singing about how amazing Etisalat is!

And now he sells his history to market for Vodafone! Doesn’t that defy some basic law of ethics and morality??? Does he have no shame or self-respect whatsoever???

Even the ad statement or slogan lacks any credibility, because that, coming from someone who didn’t partake in the revolution or support it any way whatsoever is extremely fake and vile!

The take out of the ad to me is this:
I will sell myself to highest bidder!

So as Vodafone scored a point over Etisalat, after Etisalat walked away with Al Ahly sponsorship, Mounir on the other hand lost a hell of a lot, he lost his credibility, integrity and meaning! Something which, judging by the following video, he apparently doesn’t put much value on it!

A Freedom Day, a proud day… an Election day… 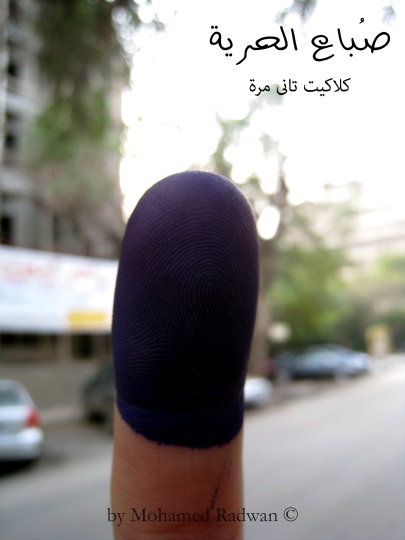 Millions of Egyptians will vote in a referendum on constitutional reforms, a month after a popular uprising swept President Hosni Mubarak from power.

If passed, it would allow Egypt to hold fresh elections within six months. Initial results are expected on Sunday.The constitutional Amendments referendum, Below are the links of the infomercial videos that me and Karim Shaaban have shot 3 videos explaining the reform to the Egyptian constitutional referendum set for 19 march, as part of an awareness campaign, to educate the people about what amendments are proposed to the constitution.

The OLD Egyptian Constitution of 1971 put by Sadat.

The Constitutional subjects for the Amendments referendum in March 2011.

The last video was shown on ONTV in the period between March & May 2011, following the referendum. 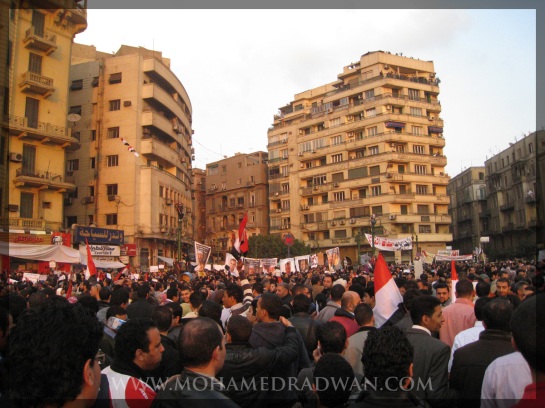 A personal memoir of my experience of the #25Jan Revolution

This is my personal memoir about the 18 days that altered the face of Egypt (and possibly the world) forever. This is a personal record of my experience of the revolution, reflecting the very small part I played and lamenting that I didn’t have a bigger part in it.

Prior to the 25th no one imagined what will take place during the next 18 days. I personally was not on facebook during the 4 month prior to the revolution, my account (among several others) got deactivated prior to the last fraudulent parliamentary elections.

That’s why before the 25th I haven’t heard or received any invitations to the protests of the 25th of January, I heard about it through the opposition newspapers, but I didn’t think about joining because I thought that in the end, it will be just another small protest like hundreds I have been to before. About five years ago I took the decision not to take part in protests anymore, and committed myself to virtual activism, trying to cause change through writing and saving my energy for charity works, to affect the immediate social circles I deal with.

END_OF_DOCUMENT_TOKEN_TO_BE_REPLACED

“Exibit-R25J” is my very own Jan 25th Revolution Exhibition/Gallery, containing the items which I used on the Day of Rage in Tahrir Square (28th of Jan), and the subsequent days of the revolution. 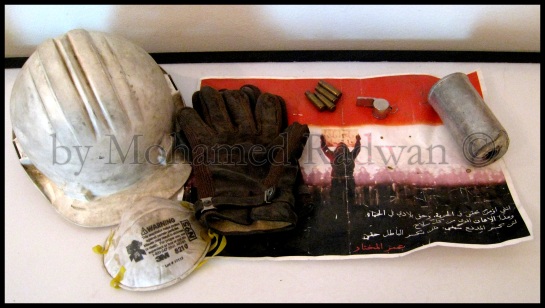 1. My Site Helmet: which I wore for protection from rubber bullets.
2. The famous Gas Mask soaked with vinegar for protection from Tear gas (which proved utterly ineffective)!
3. Gloves: which actually proved very handy in dealing with hot tear gas canisters!
4. An empty Tear Gas canister: picked up from in front of the Supreme Court during the raging battle for Tahrir on the 28th of Jan.
4. A small banner bearing the Egyptian flag overlay-ed over the famous picture of the 25th of Jan.
5. Empty Bullet Shells: gathered from a post 28th Army shoot out, the Army were shooting them in the air to scare thugs.
6. A Whistle: which we used to sound alarm when we were in the “Legan” protecting our homes in the post 28th police withdrawal mayhem. 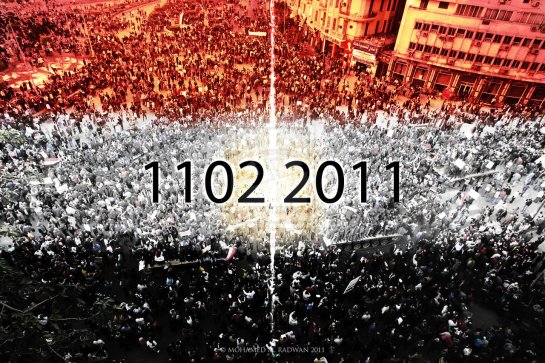 The end of tyranny… Light breaks in 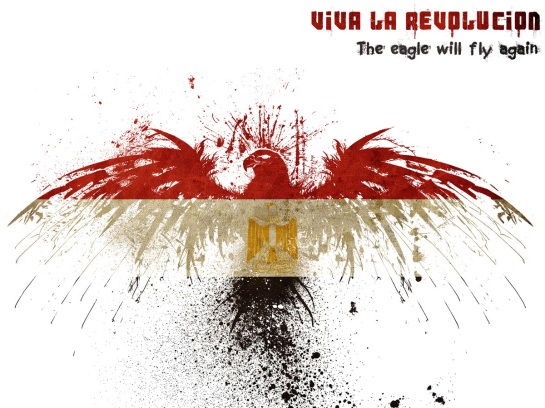 Let us disperse from our aloofness and serve the weak who made us strong, and cleanse the country in which we live. Let us teach this miserable nation to smile and rejoice with heaven's bounty and glory of life and freedom. Khalil Gibran

Rants on modernism
Blog at WordPress.com.